Thousands of runners and walkers young and old cane out to Prospect Park to raise money for the city's oldest mentoring program. NY1's Bree Driscoll filed the following report.

Eighteen-year-old Derek Nasoff has been part of the Big Brothers Big Sisters Program for seven years.

"I had two older brothers. Well two other brothers and it didn't work out," says Nasoff. 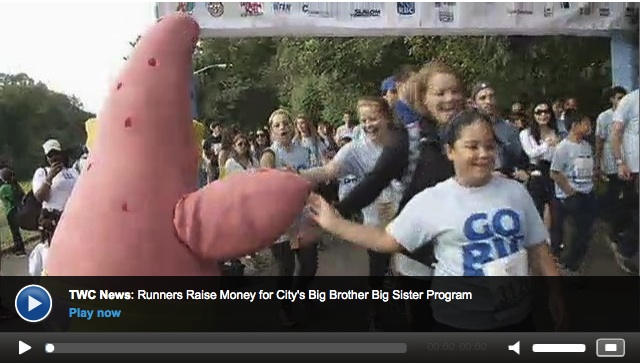 Frank says he started taking Nasoff rock climbing. The two also went biking even took a pottery class. Seven years later, though, Nasoff says one of the biggest lessons he's learned from Frank has been how to get over his shyness.

This is just one of hundreds of success stories of the Big Brothers Big Sisters program of New York City. Saturday, the organization held its 10th annual RBC Race for the Kids—raising more than a million dollars.